Topping up your vegan vitamin D 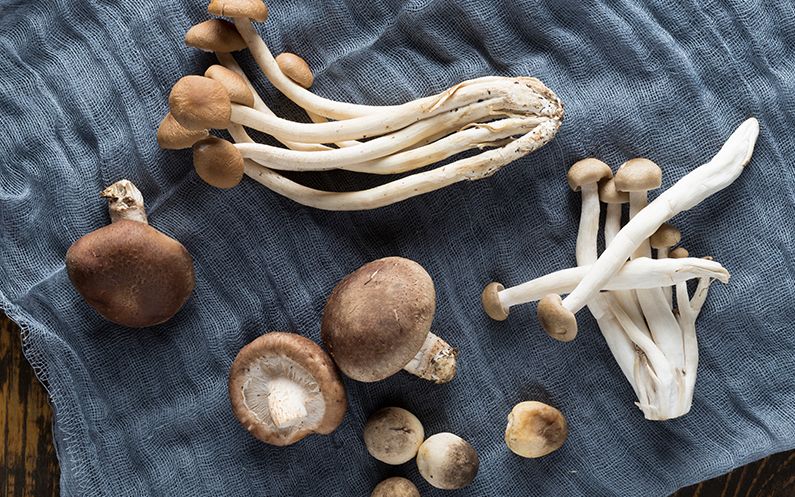 A nutritionist has encouraged plant-based eaters to consider their intake of vitamin D.

With some supplements and foods highest in vitamin D not being vegan-friendly, Nutritionist, Rob Hobsons, has explained how mushrooms are as effective at boosting and maintaining vitamin D levels as supplements are.

Research commissioned by the UK & Ireland Mushroom Producers, a partnership between British and Irish mushroom farmers and producers, has revealed that 22 per cent of people agreed to being worried about developing a weak immune system during the winter months. With many vegans contemplating how they can achieve their daily dose of the essential vitamin, Rob says mushrooms exposed to the sun can provide as much vitamin D as a health supplement.

He explained: “Mushrooms are easily overlooked in the fruit and veg rainbow we’re advised to eat. They are commonly overlooked as a significant source of the sunshine vitamin D. A key vitamin essential to support a normal immune system, vitamin D plays a vital role in keeping our bones healthy, as it works to regulate our intake of calcium, magnesium and phosphorous. Mushrooms are the only vegetarian food that can make vitamin D as they contain a specific compound called ergosterol. Ergosterol is converted into vitamin D when exposed to the sun’s ultraviolet (UV) radiation, similarly to how human skin synthesises the vitamin in response to sun exposure.”

And a tip from Rob: “Mushrooms absorb vitamin D much in the same way as humans do – directly through their skin. If you can’t get your hands on vitamin D- enriched mushrooms and can only find regular mushrooms, simply place them outside on a windowsill in direct sunlight for around 30 minutes and they will enrich with vitamin D. Any variety will work, and it doesn’t matter which way up they are. It is best to do it between the hours of 10am and 3pm for up to 60 minutes.”